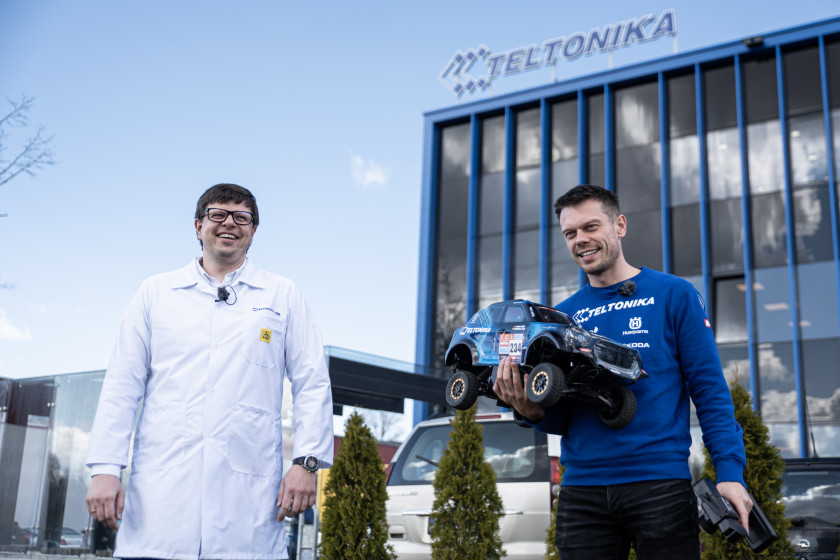 In January 2022, Vaidotas participated in his 7th Dakar rally, joined by an experienced co-driver Paulo Fiuza a new sponsor Teltonika.

The extreme conditions of the rally, which took place in canyons and cliffs in the Neom region of Saudi Arabia, require preparation and support. Teltonika's team of IoT solution engineers have mounted a set of Teltonika GPS devices on the support truck that took part in the race.

To keep the memory of the race, our marketing and engineering team has designed a few miniaturized Dakar MINI radio-controlled copies of the racing car. One for Vaidotas and one for Teltonika employees.

After receiving the gift, Vaidotas called the model a "little one" (Lithuanian "mažylis") and took it for a ride at our manufacturing facility greeting its employees. Vaidotas was also given a tour of our production facility, learned about our automated equipment, production capacities and plans.

To test the speed and power of mini version of Dakar MINI, our engineers have created an improvised racing track where Vaidotas was challenged by another racer - one of our engineers.

After the race, Vaidotas shared the adventures and challenges of the Dakar Rally and interesting facts about the racing car and equipment.

Rides of three lucky Teltonika EMS employees - lottery winners - crowned the event. On the construction land of our new Ditva manufacturing facility, Vaidotas took three fortunate ones along in his BIG Dakar MINI.  Each of them had the chance to get a little taste of the rally.

The racer has expressed his gratitude for the gift and event, while the employees have had the opportunity to meet Vaidotas and learn about the race and equipment.

Check the video below to see the full facility tour from racers' perspective. 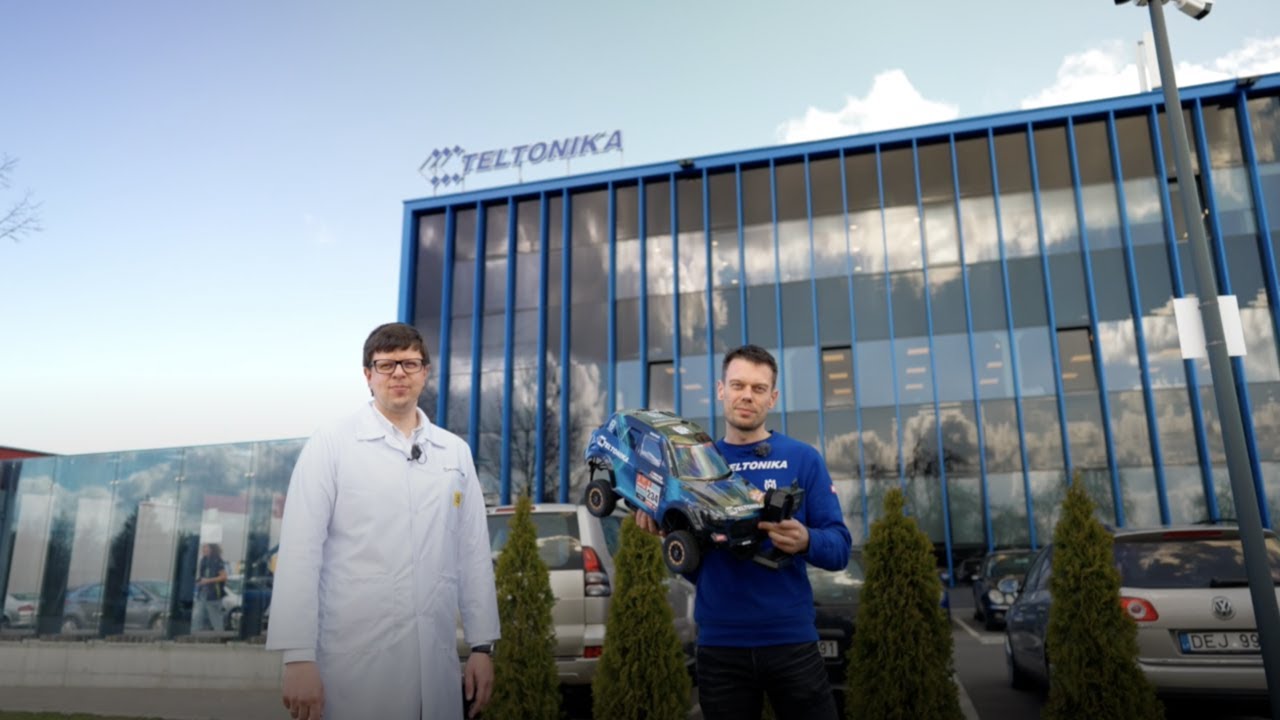 8 months ago
AT MOLĖTAI CITY FESTIVAL – A MEETING WITH TELTONIKA

We use cookies to ensure that we give you the best experience on our website. If you continue to use this site we will assume that you are happy with it.